Pregnancy is a time of fantastic change in a person’s body.  For some, the changes in bodily fluids seem to be the most startling. From the overactive bladder to leaking nipples, and what is this slime coming from the vagina?  The mucus plug is a  jelly squishing out of the vagina towards the end of pregnancy.  As odd as it sounds by its original name, the operculum, it is completely normal.

What is the mucus plug? 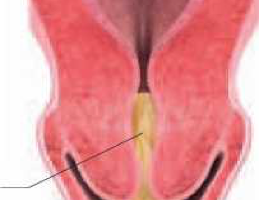 From the time you first got pregnant and the new little bean of a baby implanted into your uterus, the cells of your cervix starting producing a thick, jelly-like mass to fill in the spaces of the cervix.  This mass then seals up the entrance to the uterus, blocking the way for potential bacteria and pathogens.  It is your body’s way of keeping the baby safe.  In the secretions that form the mucus there are even components of your immune system, to fight against any bacteria that made it that far.  Your mucus plug doesn’t form all at once and stay the entire pregnancy, it regenerates itself continuously, without ever losing its mass…until the end.

When does it come out?

In the weeks or days leading up to the big day, your birthing day, the mucus plug may start to come out.  This happens due to a few different changes.  The first of these changes is a shift in hormones, causing the mucus plug to thin out, making it easier to slip.  Around the same time, the cervix starts softening and opening, leaving the space for the plug to slip out.  Sometimes this process is encouraged earlier by vaginal exams or intercourse.  Some women might not start losing their plug until labour begins, or may not ever notice that it came out.  Every body is different and every labour is different.  Up to 30% of women report that they never noticed this stuff.  For some women there is what seems to be a never-ending supply.  It can be an all-at-once clump or a steady, slimy release over days.

Simply put, it looks like snot.  It is quite similar to the mucus that comes out of your nose, with somewhat of the same purpose and immune system factors.  It normally matches the colour of healthy snot, clear or milky, as opposed to the fluorescent green of a sinus infection.  The mucus plug can also be yellow or green tinged, and does not mean that there in an infection present.  Commonly, the plug passes with red or pink streaks, or even like a bloody, gelatinous mass.  This is generally a good sign as it indicates that your cervix is changing.  As your cervix softens and begins to dilate, small blood vessels break down at the site of the cervix, creating some bleeding or spotting.  Brown mucus in the plug is often older blood and of no concern.  In summary, expect any colour of the rainbow except maybe blue or purple.

All that’s left to do is to admire your body’s ability to do all of these amazing things and wait ever-so-patiently for your little one’s arrival.  Easier said than done, but it usually it isn’t much more than a couple of weeks after losing the plug although there is no guarantee!  There is no need to alert your care provider immediately. This is a topic for a prenatal visit.  There is also no need to be concerned, unless there are other things going on, like significant bleeding from the vagina, regular contractions or you think your water has broken. 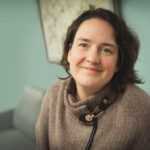