We live in a time where we have all heard the term “Superbugs” but what are they?  How can we protect ourselves and our families?  What are we supposed to look for?

When we think of bugs, most of us can already feel our skin crawl.  Whether it be insect bugs that we can see crawling or flying around us or those that we cannot see but we KNOW are there.  It makes us uneasy and queasy but we live everyday with the knowledge that they are there.  We do not really think of them unless they are right next to us or when they make us ill.

In the 1600’s we had very simple microscopes that allowed us to see bacteria for the very first time.  Bacteria are big and therefore were a normal first discovery with a microscope.  Bacteria are smart and they carry with them everything they need to survive.  They are self-sufficient.  They do no need us to exist but they do love to make our bodies their home when they are given the opportunity.  They are good at moving around and it was not until about 200 years after their discovery that we discovered they could cause disease in humans.  At this point in the mid 1800’s the germ theory was born.  This is the time where the basic rules of sterilization came into being.  Louis Pasteur with these discoveries of his revolutionized surgery and obstetrics.  The key feature of bacteria is that they can often be tackled by antibiotics.  This is a marked contrast to viruses, which show no response to these bug-busting chemicals.

It was not until the early 1900’s that we started to understand that there was another source of infection.  It took quite some time to figure out what it was because it was so incredibly small that it could not be seen until we developed a much more powerful and sophisticated microscope.  Viruses are so small they are measured in nanometres.  You are looking at 0.0000008 to 0.000014 inches which my mind cannot even comprehend.  Viruses are curious packages that cannot really be described as being alive, because they have no power to operate on their own.  In order to reproduce or to have any effect at all, they need to gain entry into a cell and perform a coup d’état– taking control and setting up a dictatorship.  Antibiotics cannot touch them.  HIV is probably the most notorious of viruses.

Then there are the protozoa which are fascinating.  They can adopt different physical forms and invade more than one type of host (human, animal, plants).  They are quite large and complex and would have been seen in the 1600’s with the earliest microscope but were probably thought to be large bacteria at the time.  Malaria is probably the best known international criminal of the protozoal family.  It was discovered in 1860’s by a military doctor who then became the founder of tropical medicine for which he won the Nobel Prize in 1907.  His name was Charles-Louis Laveran.

Fungi, who are by the way are no fun at all, do their damage by releasing spores that may have been dormant for decades before finding themselves in the right environment and springing back into life.  They often cause allergic reactions when they are inhaled.  Mold is a type of fungus, as is athlete’s foot and thrush (candidiasis).  Fungi can easily become resilient to chemicals that we try to use to kill them.  They are opportunistic, meaning that they love to hit us when we are down.  If our immune system is low because we have diabetes, HIV, cancer, etc., they will see a big open door and come in.

There is nothing new about Superbugs or infectious bugs but what is new is how we have become remarkably relaxed about them and treat them casually.  Bugs are here and they come in a host of different shapes and sizes.  Some are known enemies and others are yet to be discovered.  They are smart and they are programmed to mutate and survive.  They were around way before humans and will likely outlive us all.  These bugs are learning new tricks every day and modern medicine is struggling to keep up the pace.

So, what do we do about it?  How do we protect ourselves?  At the end of the day, the best defence we have is good old hygiene.

It is much better to avoid, rather than fight an infection.  I am so incredibly grateful to be living in Canada where clean water, fresh food and fresh air are a given for most of us.  There are growing examples however in our own backyard of water contamination and contaminated food recalls.  We cannot take these basic things for granted.  Our health and the health of our children and future generations depend on these basic hygiene needs.  We must protect the environment that provides us these glorious things that keep us healthy. 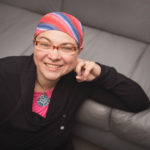 Josée Nolet is a registered midwife with Generations Midwifery Care.  Learn more about her here.